Designed and Made on the Sunshine Coast 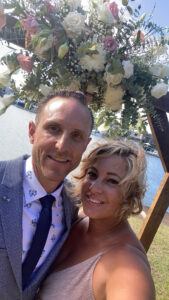 Green Cathedral Furniture is a family owned and operated business, founded in Noosa in 2009.

Our design style could be considered as modern eclectic, drawing inspiration from aircraft engineering and boat building techniques to mid-century design and manufacturing…and lots in between.

Inspired by legendary designers Ray & Charles Eames’ philosophy, “To make the best for the most for the least”, we have refined our production processes to efficiently create quality pieces to stand the test of time and to represent value for money.  our personal style, which could be described as modern eclectic relaxed, casual, fun,

The Beginning of Green Cathedral

Tim Scarce was inspired to make furniture when, as a 10 year old, he accompanied his mum to a furniture restoration class instructed by Australian Master Craftsman, Geoff Hannah.

After leaving school, he began his career as an aircraft engineer, while making furniture and surfboards on the side for family and friends. For the next 12 years in his trade, Tim learnt many skills which he applies to his craft today.

In 2009 Tim took the chance to following his dream; leaving the world of aircraft behind to form Green Cathedral Furniture from the 3x6m shed in his back yard. For the next 4 years he worked exclusively for Interior Design Houses such as Magnolia Interiors, A.P. Design House and Ottily & Lewis, making custom one off pieces covering mostly French Provincial, Shabby Chic and Hamptons styling.

In 2011, Tim was joined in the business full time by Sally, who, having a string of varied careers behind her, considers herself a multipotentialite.  After seeing Tim’s sketchbooks,  Sally realised that Tim’s aesthetic was very different to that of the designers he was working for an suggested he prototype some of the designs.

Sally took out a loan to ‘buy’ Tim’s time for 2 weeks with the directive: “Make me something that I can sell”. The very next day Tim had made the Babanees stool and the following day Sally had it selling from a local store in Hastings St, Noosa. And the rest, as they say “is history”!